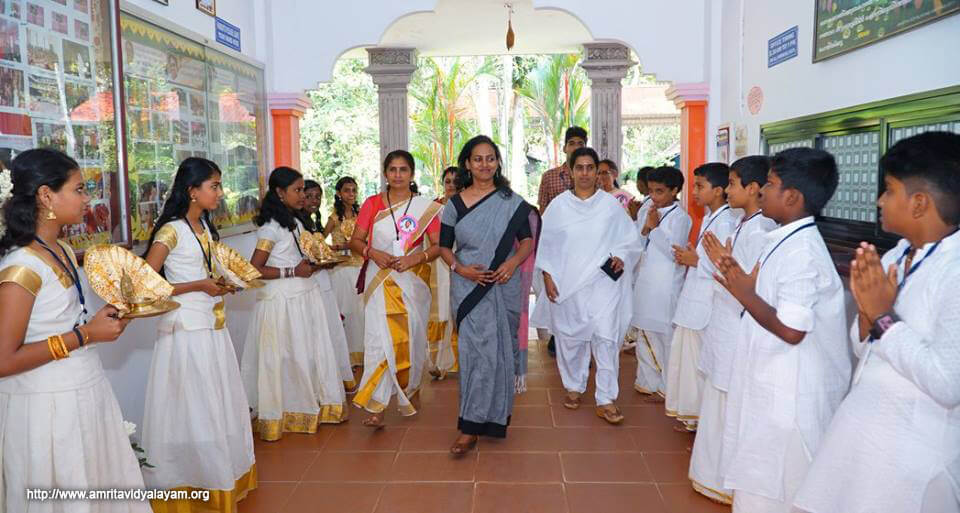 Our school celebrated its 22nd Annual Day on January 13, 2017 at S&S Auditorium, Harippad. The function which started at 2:30 p.m. was inaugurated by the Honourable District Collector of Alappuzha, Smt. Veena N. Madhavan IAS and Sampoojya Swamiji Amritakripananda Puri, In-charge of Mata Amritanandamayi Math, Kannur. Smt. Adv. U. Prathibha Hari, MLA from Kayamkulam offered felicitations at the function which was presided over by our Principal, Ms. Dhanya D.M. The School Annual Report which is a snapshot of all the magical moments of the past academic year was presented by our Principal. The School Head Girl Ms. Varsha G. Krishna and Head Boy Niranjan C. Damodar gave the welcome speech and vote of thanks.

Swamiji distributed proficiency prizes to students for their academic excellence and awarded the school toppers of AISSCE XII Board Examination 2015-16. This year, the ever-rolling overall championship trophy was presented to Anandamayi House. The champions of competitions conducted in arts and sports were also congratulated.

The day was further enhanced by various colourful cultural programmes by the young talents of our school. Many parents and well- wishers were also present to witness the glorious day.